The pictures to be downlinked will be a repeat of the Series 1 images commemorating Russian space history that were previously sent during the weekend of December 18, 2014 until December 20, 2014.

SSTV transmissions will begin running non-stop on February 21 and ending at 21:30 UTC on February 23. As in previous sessions, the mode used to transmit the Slow Scan TV signals will be PD180 producing a high quality images with a frame scan of 187 seconds. A total of 12 different photos will be sent throughout an operation period. The transmit frequency will be 145.800 MHz with a 3-minute off time between transmissions. Received images can be uploaded to the image gallery found athttp://www.spaceflightsoftware.com/ARISS_SSTV/index.php .

Plans are being discussed for transmitting new images from space enthusiasts around the world in upcoming months. Watch for more details that will be released about the upcoming SSTV transmissions to begin February 21. 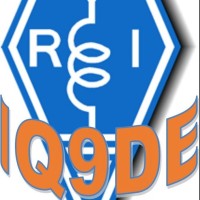 Permanent link to this article: https://www.arict.it/sstv-iss-weekend-21-23-febbraio-2015/